The NAMAM picnic is an annual event to bring NAMAM family members and friends into an atmosphere of happiness and togetherness. The Namam family successfully conducted this year’s “Picnic in the Park” event on Sunday, August 7th, 2022, at Thompson Park Grove 1B, Monroe Township, NJ. We humbly thank all members and friends of the NAMAM family for making this event a resounding success.

The event’s highlight was the Ocean Tones dress code that brought a bluish casual setting to the gathering of close to 60 people. This year we opted for a menu of American food items complete with burgers from White Castle, wings from Buffalo Wild Wings, pizza and pasta from local businesses, and veg Kati rolls from Patel stores.

Braving the hot and humid atmosphere, everybody enjoyed themselves to make this event a memorable one. Tug-of-war (for gents, ladies and gents vs. ladies), bingo and musical chair and sack races for kids added to the fun. This was in addition to the fruits and Gulab Jamuns on offer.

Special Thanks to the following Individuals

Suresh Bhaskaran: Thanks for capturing the event through lively and beautiful photographs. Many people have iPhones, but you capture life through your iPhone differently.

P. Vijayakumar: As the secretary of NAMAM, thank you for being the first on the scene (Grove 1b) and occupying it for us all. We know who to send for Occupy Wall Street next time round.

Priya Subramaniam: In the role of program conveyor and treasurer of NAMAM, your efforts brought us together and a sense of calmness to the proceedings. Again, the bingo you organized was filled with fun and intrigue.

Sajith Gopinath: As the president of NAMAM, we are appreciative of you joining us after an 18-mile run with an SUV full of goodies and eateries for the event.

Namith Mannath: As one of the newest members of our NAMAM family, thank you for delivering the chicken wings and “powdered” sauces.

Bindu Satya: As the new NAMAM family member, thank you for renewing our faith in White Castle by bringing their uniquely and neatly packaged burgers which the kids’ army devoured with aplomb.

Last but never least, thank you to all the individuals who are not listed above for joining our small picnic, helping us with the arrangements, taking part in the activities and in making this event a resounding success.

We, the NAMAM family, eagerly hope to see you all for all future events. Stay safe. Stay connected. 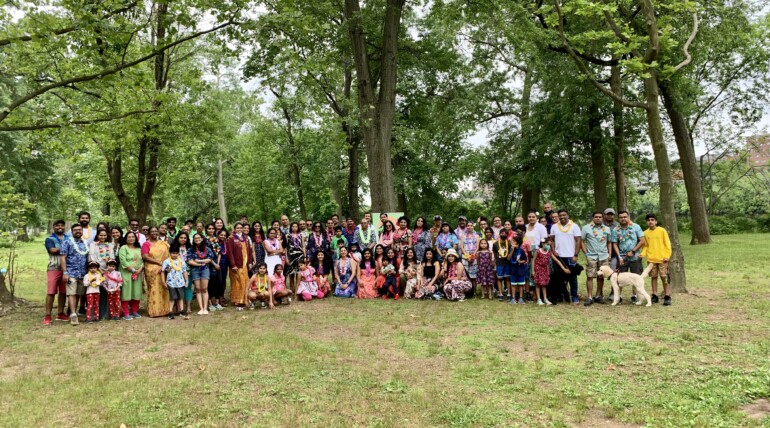